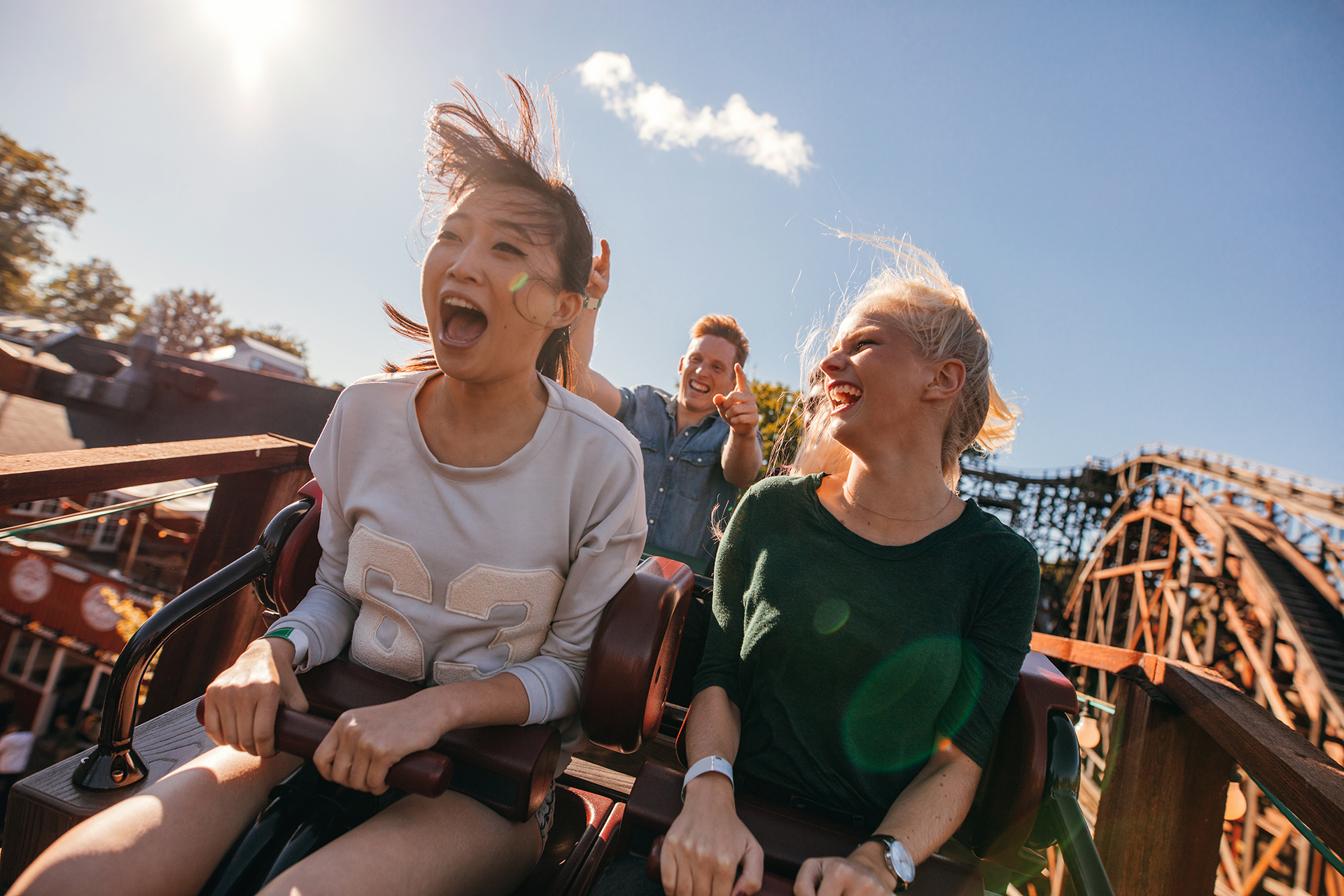 Buckle Up: It’s Going to be a Wild Data Ride

Inspiration for Finding the Path as You Float

Everywhere you look, change from data collection to engagement. There’s so much change happening at such a rapid pace that most people don’t know how to handle walking on shifting sand—continuously. However, those days are done if there was ever a slow and ordinary existence.

I spend my days researching, developing content strategy, and writing. In other words, it’s what I do, and my passion is to be curious and learn so I can relay that information to others. And in this column, I hope to have the chance to share more of it with the regular people who have jobs and priorities but still sense that something’s shifting on the horizon.

When I was a kid growing up, my father was in tech. He was a systems analyst, and I grew up going into large mainframe computer rooms with raised floors, chained paper printers, whirling memory tape computers, punch cards, data disc packs, and always a cold and brightly lit room.

One of my earliest memories was asking my father how to do what he did. His reply was to get up and place a thick binder book in front of an IBM programming language computer with probably 1,000 pages. “There you go. Once you master that, you could become a programmer.” Flash forward to my college years, and I became an English major.

I spent a long time running away from technology. In my late teenage years, I thought I’d become a beach bum and live as a writer floating around from one place to another worldwide. I ultimately did live at the beach, spending my days immersed in writing, but it wasn’t quite how I pictured it years ago. But, hey, is it ever?

Decades later, I connected with a successful engineer who created parts to make cars go fast. He’s brilliant and made a successful life for himself because he’s approachable. I remember a profound conversation we had in 2017, which became a game-changer for me. I didn’t realize it would happen, and he was just Chris, intelligent, interesting, and easy to speak to for a non-techie like me.

He explained what Elon Musk was up to with his Neuralink company. Chris told me that it was a reality in the making that perhaps before I died, I could upload every experience and thought I ever had to a computer. He suggested it could happen in my lifetime. At first, I thought to myself, no way. Now, I’m not so sure. Maybe?

Still, slowly but surely, over the years, I embraced my nerdy side. Eventually, I realized that anyone who didn’t start to come to terms with the power of tech—particularly my generation (GenX) who are still working, but even younger generations could find themselves in a lot of struggle.

What Technology Means for Regular People

As we know, the pandemic only accelerated the push into the digital world. Millions around the world now could work remotely or in hybrid situations. It’s no longer essential to go into an office. Moreover, savvy business leaders understand that productivity shouldn’t get measured on hours clocked. Other data metrics serve as better measurement tools to gauge performance and productivity.

As a naturally curious person whose life has always had tech, even tangentially in it (although now it’s moving front and center), not a day passes where I’m not reading and speaking to people about it. It’s what I do, and I realized that many more people have to get interested in it because humans are creatures of habit. The 21st Century is about creating a pattern of living in uncomfortableness brought about by technology. It’s truly a new reality, and we haven’t even scratched the surface of the change on the horizon.

In their co-authored book, AI 2041: Ten Visions for the Future, Dr. Kai-Fu Lee and Chen Quifan created a more than certain vision of the changes happening within most of our lifetimes. It’s significant. Social media, Google, and even the pandemic allowed immense amounts of datasets (in the trillions) to get collected. As a result, AI and machine learning have had lots of information on which to train.

In short, there’s no stopping the freight train. Medicine, housing, jobs, society, war, etc., are all going through massive changes because technology is integrated into every aspect of our lives. Therefore, we all must make a concerted effort to understand how it will impact us collectively and individually and start making intentional choices.

One Example of the Data Wave

Before moving to content strategy and writing, I was a fundraiser. At the time, the most we did with technology was to have a good CRM, use prospect research companies, and create plenty of Excel spreadsheets. Ranking donors, as we used to call it, was not an easy task. We would run reports (or rather, data departments did it), and we fundraisers then reviewed giving history for three to five years.

We would try to spot patterns, but humans aren’t good at that, especially when we have to go through a lot of data. Most of us have minds that wander to other things, like what we want to eat for dinner. But tech could do that super well—and fast. So, in theory, whole fundraising teams could now get replaced by one fundraising data specialist.

Moreover, depending on the tools, that data’s getting compared to trillions of external data sets such as mobile and smart devices, social media, etc. The results deliver to fundraising analysts—who (in rank order, of course), how best to message (social, text, email), content (tech now writes copy likeliest to convert), and when to solicit (ensuring the highest chances of giving due to predictive analytics).

Leaning into What is Uniquely Our Human Strengths

The fundraising data specialist is merely one example of the transformation occurring. However, it’s something that is happening everywhere you look. Another example is the gig economy and companies such as Uber and Lyft, which transformed old models for work. In short, the New York City taxi industry irrevocably changed.

I’m not a techie. I’m just a curious person. And I’m fortunate that I spend my days reading voraciously and engaging in substantive discussions with people. I don’t claim to know the path forward. But I know we all need to be part of the solution and not allow Big Five (GAFAM) tech companies and billionaires to dictate terms.

It’s easy to say I don’t understand. For me, I have to try to understand. Knowledge is power.

I know that the technology that exists, and is only expanding, is very powerful—even if I don’t understand it as a technologist does. For instance, I realize humans can’t process billions or trillions of data. Not possible. But I also recognize that one thing people must do to adapt is lean into our collective and individual humanity.

We must lean into that which makes us uniquely human. For example, tech is great at crunching data, but it’s not good and discerning things from little sets of information. Sure, tech could develop inexpensive meals created by a Michelin-rated chef and recreate a painting by master artist Picasso.

However, tech doesn’t get inspired. It’s not creative (it’s programmed, even if it achieves new ways of doing things through machine learning, for instance). It may become a companion for people, but it doesn’t feel, and only appears to care since it has zero emotions and feelings. In short, we have to lean into the human experience.